The right solution, at the wrong time? 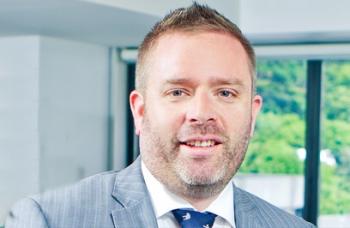 'Why don't we just cut to the chase?' It's a phrase we hear often - the parties have gathered, they've done their preparation and they are ready for us to lead them to the promised land... settlement...and quickly...

This mediation started much like any other; two parties, both well represented and carefully advised. Opening statements, by the lawyers this time, disclosed agreement on all of the key facts, but starkly different views on the law and what it meant for their legal positions ('We assess our case at 80%, if we're being generous to them!' - anyone heard that before?). To make matters more difficult, this was a purely transactional environment with no realistic prospect for trading on the benefits of a future relationship; opportunities to 'expand the pie' were a faint hope.

Nevertheless, there was hope, both sides candidly announced in open session that they were here to do a deal, if only that deal that reflected their view of the legal merits.

After a productive (if occasionally slightly fractious) joint session the parties repaired to their separate rooms. Meeting with both of them, the principals spoke substantively for the first time. Each said the same thing 'Look Hayden, I think that this needs for me and X to just get in a room and have it out. If there's a deal to be done we will find it.' Not an uncommon refrain, but what was interesting to me was to hear the same thing, from both rooms, at almost the same time. Usually a big part of our art as mediators is timing and sequencing, cajoling and nudging both parties to the same place, at the same time - and here it was, out on the table, early in the day-time to get them together and get a deal done?

The point here was that they were absolutely right. I could see, on the basis of the material exchanged and the to and fro of the joint session, that the parties were never going to agree on the merits, but that they knew that a commercial solution made sense. Getting the decision-makers together was a no-brainer. But now just didn't seem to be the time. In one room, there was a group of smart people, each of whom had a slightly different view on what was an acceptable outcome (and whose stake in the decision wasn't entirely clear). In the other was a very smart commercial operator, carefully advised, with a view of his legal risk that differed markedly from what I was hearing across the hall.

Getting the decision-makers together now felt like jumping to overtime, before the first half had even finished. I was worried that their respective ideas of where the zone of possible agreement was were still too far apart. Ringing in my ears was a phrase I heard before - the right solution, at the wrong time, is still the wrong solution. And it certainly felt like the wrong time.

So how to slow down the train?

The benefit of having good lawyers advising sophisticated parties meant that frank transparency was a legitimate option; in each room I agreed with them that that was where I thought the end game probably lay, but also that I thought that it was premature as I didn't think they yet knew enough about what the best number in the other room might be.

I asked each of them to humour me for a while so that we could let the process play out a little bit further. They both agreed and over the course of the following hours, offer and counter-offers were exchanged, sometimes face-to-face and sometimes with me carrying the water between the rooms.

The benefit of transparency meant that while the temperature of the rooms increased during the 'haggling', it wasn't accompanied by a growing frustrating at the process-the parties knew the stage that they were at, and understood the time that it was taking.

It also meant that when the crunch time came, I could say to each of them - / think the time for you and X to get into a room has come, what do you think?

By then, each of them knew that there was very little room for movement in the other room; they had tested the strength of the deal that they would have to justify to their respective stakeholders (and they were probably a little bored of the sight of me). As a result the final gap was quickly bridged and the lawyers could get on to writing up the deal.

Would the same deal have happened several hours earlier if I'd just gotten out of the way? Maybe, but I don't think so. And if the parties had tried the 'circuit breaker' approach earlier and it hadn't worked, it might have been significantly less useful later on.

Sometimes, you just need to slow down in order to get where you are going faster.

Join us on Tuesday, 29 November in Wellington and on Tuesday, 6 December in Auckland for the Kensington Swan/ILANZ ‘Effective Advocacy in Mediation’ seminar.

Wellington – Click here to RSVP to the Wellington session.

Auckland – Click here to RSVP to the Auckland session.