The five winners of the In-House Lawyer Awards 2016 were announced on Friday 13 May at the 29th ILANZ Conference Gala Dinner and Awards Ceremony at the Rutherford Hotel in Nelson.

The winners in each of the Awards categories receive scholarship packages, to go toward training and development for them, their team or their community organisation. Adam Pell is a Senior Prosecutor with the New Zealand Police in Hamilton. Nominated by Hamilton district Prosecution Manager Andrea McBeth, Mr Pell’s performance this year “demonstrates his commitment to providing legal services of the highest standard”. Of particular merit was Mr Pell’s recent management of a complex domestic violence prosecution that resulted in the conviction and 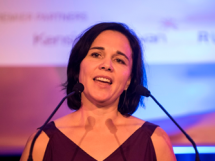 Jackie Floyd is Associate General Counsel at Vector Limited where she is “recognised as an emerging leader in [the] business”. “Jackie is an outstanding lawyer who also has strong empathy and the ability to bring out the best in the people she works with internally and externally,” says Vector General Counsel John Rodger. In particular, Ms Floyd contributed to two major commercial and litigation projects of significance to Vector over the last year. First was the sale of all shares in Vector Gas Ltd to First State Funds for just under $1 billion. Second was the Kapanui gas arbitration - “a large, highly complex and intense dispute resolution process”. “Jackie’s work at Vector demonstrates all the best qualities of an in-house counsel. As well as managing her business-as-usual responsibilities and assuming a wholly new role as manager of four direct report, Jackie has led Vector’s legal response to some of its most significant commercial and litigation projects with outstanding results,” her nominees attest. Kim Beech is Senior Legal Counsel at Z Energy Limited, where “over the past year [she] has clearly demonstrated her potential as a leading member of the in-house legal profession in New Zealand,”. Ms Beech recently played a “critical role” in Z’s preparation for the new health and safety laws. For a company importing and selling 2.4 billion litres of hazardous fuel a year, “this has been one of the most important and significant pieces of work within Z over the last year”.

Ms Beech was also involved in the project team for Z’s planned $785 million purchase of the shares in Chevron New Zealand. “To give an idea of scale, in addition to one-off staff advice, Kim has delivered multiple face-to-face training sessions to approximately 100 staff members. Kim has also learnt to manage the essential legal elements for a major acquisition and the layers of complexity that go with that,” Z General Counsel Meredith Ussher said in nominating Ms Beech for the young (less than ten years in practice, and five years in-house) in-house lawyer award. 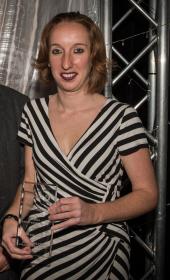 Megan Paish, a lawyer with the Public Defence Service, was nominated by her Community Law Wellington and Hutt Valley colleagues, who say she’s gone “above and beyond” during her 12 years of volunteer involvement with the free community legal service. Ms Paish volunteers fortnightly at Community Law’s Kaupapa Māori free legal advice drop-in session. She also frequently presents at Community Law’s training and education sessions “where she is a passionate, engaging speaker”, and regularly attends fairs and weekend events on behalf of Community Law. Ms Paish’s colleagues say she is “passionate about helping people understand and access their legal entitlements”, she “engages with clients in plain English to share as much as she can and empower them”, “she works holistically to help clients identify and meet their social and health needs”, and is a “committed mentor” who “takes pride in nurturing and building the skills and confidence of new volunteers”. Ms Paish is also currently studying for an Honours degree in criminology, on top of working 60 hours per week for the Public Defence Service and volunteering for Community Law. 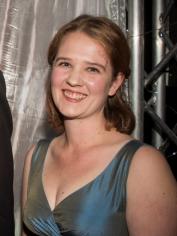 The New Zealand Government Procurement (NZGP) legal team comprises just four lawyers led by Principal Legal Advisor John Buick-Constable. It includes Kym Thomas and Stephanie Mullally, senior legal advisors; and Dominika Mitchell, legal advisor. NZGP is a branch within the Ministry of Business, Innovation and Employment responsible for improving procurement results across government. It provides “significant input into the strategy, policy direction and operations of NZGP and has been critical to the delivery of NZGP’s key projects and priorities”. Several senior government managers wrote in support of the NZGP legal team’s nomination, including All of Government Procurement Manager Susan Haynes who says her branch is “extremely fortunate to have such a high calibre team within government” whose “commitment and dedication … is invaluable”.