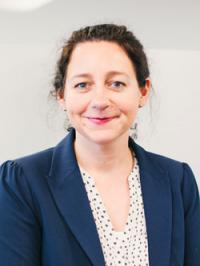 New Zealand Law Society in-house lawyer Charlotte Walker says no day is ever the same in her role as a senior solicitor in the Regulatory team.

That’s because her job requires wearing a wardrobe of different hats for the various daily issues she deals with.

“One of the main areas of my role is providing regulatory legal advice on all sorts of things such as practising certificate applications, complaints and disciplinary matters and fidelity fund issues. Another part of my job is to talk to lawyers who might have an ethical query or legal issue and point them in the right direction,” she says.

She also actively speaks to members of the public about concerns they may have about the services of a lawyer and looks at potential breaches of the Lawyers and Conveyancers Act.

Ms Walker has been with the Law Society for almost 6 years and is also the Privacy Officer for the organisation.

The most common reason for non-compliance?

“Not being aware of the rules or understanding that there are certain services that only lawyers can provide,” she says. We are always happy to talk to people considering new ways of offering legal services to assist them with addressing any potential regulatory concerns. This is an aspect of her work which Ms Walker enjoys.

Charlotte Walker gained her Bachelor of Laws (LLB) at the University of Canterbury and was admitted in 2001.

Originally she had planned to be a ‘court lawyer’ having grown up on an occasional TV diet of LA LAW and Matlock.

“I think, like a lot of young lawyers, the first few years are really tough. The partnership dissolved in the first firm I worked for and there were redundancies and in my next job I was employed as a litigation lawyer but ended up having to also work in the conveyancing department. It was really hard doing both roles and a case of sink or swim,” she says.

Ms Walker took some time off law and travelled to Thailand and beyond with one of her brothers before returning to New Zealand and settling in Wellington.

“I did my Masters of Law at Victoria University which helped shape what I wanted to do next with my legal skills,” she says.

She then spent nearly 7 years working for a firm in the capital specialising in civil litigation and insurance law.

“A lot of that work probably set me up for my current role. I did a lot of professional indemnity work involving lawyers and some health and safety defence work for businesses facing regulatory prosecution”

In-house lawyer the next port of call

Being in-house is very different to the more traditional legal roles as Ms Walker’s job includes a range of both legal and non-legal work.

“I was keen to experience what being an in-house lawyer was like and so I moved to the New Zealand Law Society and have been here since.

Every day I come to work I don’t know what my day will entail. I like it a lot because I’m dealing with things as they happen. There’s not so many peaks and troughs but probably a more consistent level of work than in private practice which is just as challenging but in a different way.” she says

Outside of work, Charlotte Walker leads a busy life as the mother of two pre-schoolers.

“We do a lot of touring of local playgrounds and my favourite thing to do when I get time is to run around the seashore. Being down at the beach in my jandals is what I’m really looking forward to at Christmas” she says.