The ILANZ conference is well-known for its mix of inspirational speakers, great topics and its focus on in-house legal best practice. This year’s speaker line-up, in order of appearance is: 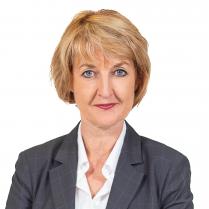 Linda is a Partner in our Public law, Regulatory and Dispute Resolution team. She is also a member of the NZ Police Independent Assurance and Risk Committee, a Board member of NZ on Air and a member of the Wellington College Board of Trustees.

A skilful advocate, negotiator, advisor and litigator Linda helps clients resolve a diverse range of legal, political, regulatory and reputational disputes. She has particular expertise in public law, investigations and inquiries, media law and defamation. She regularly advises high profile individuals and organisations, bringing a mix of legal skills, political acumen, strategic insight and pragmatism to help clients navigate their way out of trouble. Linda and her team tailor their services to best respond to the needs of the client; be it litigation, mediation, negotiation or persuasion. Included in their suite of responses, Linda also leads a team providing tailored crisis management support and advice, with a particular 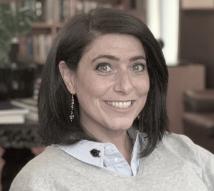 Dr Maria Pozza is a Senior Legal Counsel at New Zealand Post and assists the international teams, digital divisions, and governance teams, on legal and compliance matters.   Dr Maria has been internationally recognised through various accolades and awards for her skill in international space law, aerospace law, IT/Data and technology law.  Her book on Risk Management in Outer Space Activities is due for publication in 2021.   As a continued advocate for cultural change in the legal profession, Dr Maria has presented on the topic at a number of conferences and events. 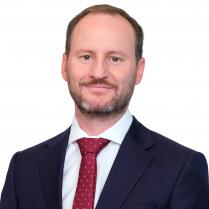 James has extensive experience in both the UK and New Zealand specialising in employment law, workplace health & safety, and supporting organisations on the full range of people related issues. This includes dealing with reorganisations, employee relations issues, discrimination and whistle blowing matters, as well as employment issues arising in connection with corporate transactions and insolvency situations.

James is an active thought leader on employment issues, leading seminars and contributing articles on key legal developments and the future of the labour relationship. He regularly supports clients on policy and ethical issues in the context of legal compliance and personnel management, along with the wider considerations that require a cross-practice approach on environmental, governance and social matters.

James’ expertise has been consistently recognised in the legal directories. He is identified as a “Next Generation Partner” and a “Recommended Lawyer” in the Legal 500 Asia Pacific Directory. He advises a range of clients in various industries with domestic and international footprints, having a particular interest in the technology, media and retail sectors. 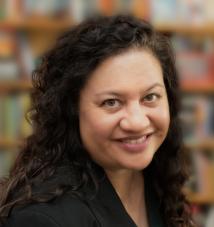 Amy specialises in complex data management and analytics focused primarily in discovery and litigation technology. She has recently returned to New Zealand after two plus decades in the United States where she supported large-scale litigation technology operations for the Department of Justice and other government and private businesses facing large and complex data challenges. 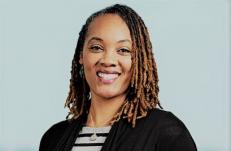 Ra Shandra Clark is an Attorney licensed in to practice law in the United States, she joined the Auckland Forensic Team in 2019.  She has over 14 years’ experience analysing and managing large complex discovery and litigation support projects. Ra has managed multi-million-dollar discovery projects for various United States Government Agencies.  She currently manages both Corporate and Public Sector discovery projects in New Zealand. 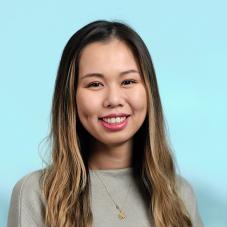 Maggie is an experienced data scientist and specialises in leveraging machine learning and AI applications to help organisations better manage their risk and optimise their opportunities. Maggie has supported and worked with clients both locally and globally by leveraging techniques and tools such as machine driven anomaly detection, predictive clustering, process mining and helping clients manage the ethics and bias around their data and models. As a speaker, Stephen has a unique ability to excite audiences on the power of technology, the future of business and the new paradigm of 21st-century leadership. He is an inspiring personality on the highest-profile stages – including TEDx, the Australian Governance Summit and AMP Amplify – and is a member of the Prime Minister’s Knowledge Nation 100, top innovation leaders in Australia.

Previous experience
Facebook: Stephen is the former Facebook CEO for Australia and New Zealand, where he guided Facebook’s unprecedented rise from quirky Silicon Valley start up to media and technology titan.

Working with Mark Zuckerberg, Sheryl Sandberg and Facebook’s Silicon Valley leaders, his tenure at Facebook saw the Australia and New Zealand business – including Instagram, Messenger, Whatsapp and Oculus – grow to become one of the most successful Facebook markets in the world.

Employment: Stephen is a seasoned business leader, with a career spanning over 25 years across consumer products, retail, ecommerce, automotive, financial services, media and technology. He has served in senior executive roles at global leaders Westfield and Inchcape, and at Australian consumer products giant, Lion. 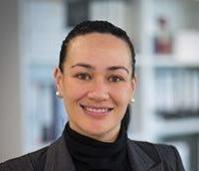 Tania Te Whenua (Tūhoe, Whakatōhea) BA LLB AGNZ is principal of Te Whenua Law and Consulting, assisting organisations and the Crown to realise a commitment to the Treaty of Waitangi and enhance responsiveness to Māori.

Within the Waitangi Tribunal Tania acts on a number of social justice claims including representing the New Zealand Council of Trade Unions and the New Zealand Public Service Association with respect to their claims against inequities facing wahine Māori in employment; the former NZ Māori Council Chair Maanu Paul with respect to climate change; and the Wahine Toa movement representing acute levels of discrimination suffered by women associated with gangs and their whānau.

Tania also consults directly to organisations seeking to implement the Treaty of Waitangi in practice. She is a Chartered Associate Member of Governance New Zealand and an Executive Committee Member, Governance New Zealand Women on Boards supporting the strategic implementation of Treaty frameworks within a number of organisations including Te Taumata, the Māori International Trade Forum administered by the Ministry for Foreign Affairs and Trade.

Tania is also a member of the Bay of Plenty Regional Council Rivers Advisory Committee, a Local Government Development Contributions Commissioner and an Executive Committee Member of Lawyers for Climate Change Action NZ. 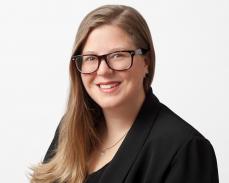 Fleur Knowsley is currently Director and Acting General Counsel for Google Fiber (a high speed broadband provider in the USA) and Webpass (a subsidiary focused on wireless delivery of broadband), both part of the Alphabet family, and is based out of San Francisco.  Before heading to Google, she worked in New York for the premium television network HBO and at the prestigious law firm of Cravath, Swaine & Moore working on everything from major Mergers & Acquisitions through to insider trading investigations.

Fleur is involved in numerous diversity, equity and inclusion efforts in the Legal Industry, including for the other Bet legal community within Alphabet; signing onto the Call to Action Letter signed by 240 GCs/CLOs promoting diversity; through the Diversity Lab and has recently been appointed to the Advisory Board of the Apollo Leadership Institute based out of London.   Originally hailing from New Zealand where Fleur graduated from Victoria University of Wellington with Law and Economics degrees, she has also established the Fleur Knowsley Law Scholarship to provide financial support to New Zealand’s brightest young law students experiencing disadvantage. 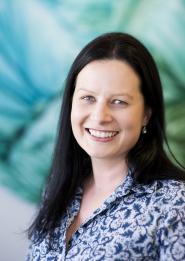 Following an early career in private practice at a large corporate law firm, Emma embarked on her first in-house role at Tesco Plc during her London OE.  As Group Intellectual Property Counsel for one of the world’s leading retailers, Emma was responsible for the day to day management of the company’s extensive IP portfolio and overseeing strategic implementation of IP policy across the group.

Emma was instrumental in the formation of the Navigate network. 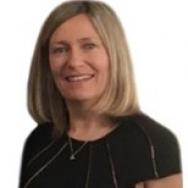 In her role Jenn is responsible for legal and governance advice to the Board, the CEO and Executive and across the full breadth of the airline’s business.

Jenn is a steering committee member for the airline’s Womens’ Network and is passionate about sustainability.  Jenn was instrumental in driving the agenda to get the airline signed up in 2019 to the Taskforce for Climate-related Financial Disclosures. It was one of the first companies in New Zealand to do so.

Prior to joining Air New Zealand, Jenn worked in investment banks in the United Kingdom and New Zealand for more than 20 years, as well as for ANZ and top tier law firms. Jenn also held a pan-European regulatory role whilst at Citigroup in London. She was a governor at a low decile school in London for several years.

Jenn holds BA and LLB degrees from the University of Otago. She is a Chartered Member of the NZ Institute of Directors. Jason began his career in law as an in-house counsel in Wellington before moving into private practice at Russell McVeagh, where he worked in the corporate advisory group in Wellington and Auckland.  In 2010, Jason moved to London where he returned to practice as an in-house lawyer at Geo Networks, a fibre-optic telecommunications and infrastructure company in the UK and Ireland.

Jason joined the legal team at Fonterra Co-operative Group when he returned to New Zealand in 2015.  His current position at Fonterra is General Counsel for Fonterra’s ‘AMENA’ business unit (Africa, Middle East, Europe, North Asia and the Americas).  In this role Jason leads a global team with lawyers in New Zealand, Europe, the United States and South America.  Over the years at Fonterra, Jason has also been responsible for legal support to areas such as global supply chain, the GDT trading platform and Fonterra’s incident management team.

Outside of work, Jason is a father of three young children, enjoys travelling and training in kung fu, and is a mentor for law students through the Victoria University ‘Alumni as Mentors’ programme. Catherine is Senior Legal Counsel at Fisher & Paykel Healthcare, where she is responsible for legal affairs relating to international sales. It is a wide-ranging role, with all the legal issues that come with selling medical device products in over 120 markets.

Catherine started her career as a Judges’ Clerk at the Auckland High Court, before a brief period at Chapman Tripp and then many years overseas working for Clifford Chance as an asset finance lawyer, first in London and later Dubai. She took a career break to look after her three children while they were young and made the return to work with her first in-house role when she joined F&P nearly three years ago.

In her free time Catherine enjoys yoga, gardening and making her children go on long walks. She holds BA and LLB (Hons) degrees from the University of Auckland. 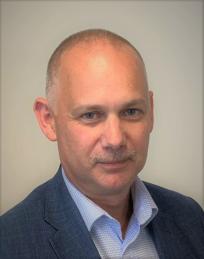 Bram works with a wide range of business units, advises elected members and the executive, and is privileged to be right in the middle of significant projects for Auckland, key corporate governance issues, and the great things Council does at community level. He has a special interest in how inhouse helps large organisations work, making opportunities for the team to thrive, and the effective alignment of external providers for shared success.